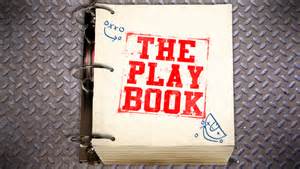 As we embark on 2017 a number of companies have rolled-out their packaging sustainability initiatives. I have to wonder, what the heck are some of them doing?  Last I checked the major problem is still the environmental impact that plastic waste is having on our planet – right?  I assume so, considering the latest projections estimate more plastic waste in the oceans (by weight) than fish by 2050. Which is plausible since production is through the roof and expected to double in the next 20 years, while we continue to struggle with dismal recovery rates and an antiquated view of recycling.

You might have also noticed an increase in the demand for clean, renewable energy.  With the world needing to greatly increase energy supply in the future, especially cleanly-generated electricity, this has become a top priority. So, with that being said, how is it that the major producers of single-use plastic packaging seem to be unable to truly define the most common means of disposal and the value that can be achieved by simply complying with this fact?  Instead, they continue to irrationally demonize an asset that sits right under their proverbial noses.

Let’s try this exercise together. Let’s say you’re one of the giant producers of plastic packaging (Unilever, Coca-Cola, General Mills, Nestle, Pepsico, Kraft) and I were to ask you, what’s the most common disposal method of the plastic packaging you produce?  The collective and honest answer, albeit extremely basic, is a landfill. However, before panic sets in over this fact, let’s take a moment to define this a little more accurately.  Because today, 85% of all municipal solid waste in the U.S. actually ends-up in well-managed and heavily regulated anaerobic environment that controls and converts biogas into clean renewable energy. This is a fact and these facilities are generating power for communities and businesses, providing heat for homes and fuel for vehicles.

Can we stop pretending that this is a mystery? Recognize the innovations around how we manage waste and see what’s happening today. GM harnesses landfill-gas-to-energy for its 2.08-million square-foot facility reducing greenhouse gas emissions by a whopping 5,000 tons a year!  Tammy Giroux, manager of government relations for GM said, “(It’s) good for the environment, good for business and good for the community.” Waste Management’s landfill-gas-to-energy facilities power the equivalent of 470,000 households, offsetting 2.5 million tons of coal and 2.5 million tons of carbon dioxide emissions per year. At the 2016 Resource Recycling Conference in New Orleans, David Steiner (former CEO of Waste Management) specified, “When you combine state-of-the-art landfill gas-to-energy systems with best-in-class recycling…That’s where you get the biggest bang for the buck environmentally.”  So why aren’t these major producers of single-cycle packaging including energy recovery as part of the overall “recycling” efforts and ensuring performance compliance with this asset?

Please don’t tell me that the molecules that make-up my bag of chips are far too valuable to waste and that it would make more sense to collect, sort and process this material into a worthless commodity rather than ensuring its removed from the environment and converted into energy.  Or worse, jeopardize both product stability and performance (including the ability to recycle) to achieve performance compliance with the least common disposal method that offers no end-of-life value.

According to the Environmental Research and Education Foundation (EREF), consumers are generating 6 lbs. of waste per day. It would take heavy-handed regulations and stiff government subsidies to program consumers into becoming hyper-vigilant garbage sorters.  For the foreseeable future, the political atmosphere does not appear to be conducive for such tactics.  We need to be smarter about the options before us and increase the value that can be derived from our existing infrastructures.  When high recycling rates are touted around the world, they usually include waste-to-energy.  Yet, too many companies still manage to overlook this valuable resource, disregarding the intrinsic environmental and economic benefits that it offers.   Hopefully, as we set forth into a new era, more emphasis will be placed on using LCA’s and factual scientific data to address the sustainability challenges we face.