When the Circular Economy model was introduced, it was built on finding ways to recoup value, especially as it pertains to the end-of-life. It was about finding ways to derive growth and increase value from existing infrastructures. Better value propositions with predictable results. It was an ‘all options on the table’ approach to looking at our resources through a different lens to ensure materials are “cycling” at the highest level possible, at all levels. Then, the “New Plastics Economy” emerged and something’s not adding up.

I know this is going to be confusing to some, but we absolutely cannot and will not be able to recycle our way out of the negative environmental impact plastics are causing. At their end of use, plastic can be captured, sorted, and it can be processed, all of which takes immense amounts of resources. But in the end, if the commodity is worth less than the processing costs, it’s an exercise in futility. It doesn’t make sense, if it doesn’t make cents.  Besides, recycling only extends the life of plastics (limited in cycles); it is not an end-of-life solution.

Companies like Waste Management (the largest residential recycler) have openly admitted this challenge and fully disclose that, if you want it to be “recycled” it’s fine by them, but both the processing costs and the profits will be baked into the contract… This does not mean that those non-recyclable plastics will get recycled into new products, just simply collected and processed over into the landfill.

And what’s the single largest recycler on the planet telling those in sustainability circles? If they really want the “biggest bang for the buck environmentally,” they should be focusing on the innovations within their “large-scale mixed-waste anaerobic digesters.” Actually, they say “today’s modern landfills,” but the word “landfill” can be a trigger word for some people.

Nevertheless, this industry has harnessed economies of scale and science, improving landfills and making “garbage dumps” a thing of the past. Today’s highly engineered modern landfills operate under strict federal and state regulations to ensure the protection of health and the environment. Today, 85% of U.S. municipal solid waste (including the vast majority of plastics) ends-up in landfills that trap gases which generate power for industries, provides heat for homes and clean burning fuel for vehicles. The industry is also advancing carbon sequestration in landfills, preventing carbon from re-entering the atmosphere.

Ironically, the New Plastics Economy paints itself as the group that’s all about exploring and driving innovation to solve the issues we face, even going as far as offering a $2 million dollar award.   While at the same time, blatantly dismissing the innovations that are available today.

Being unwilling to recognize and utilize the advances that are available to elevate the actual end-of-life value seems to be extremely shortsighted for any economic platform, especially when that value-add is ENERGY. By simply ensuring materials are designed for the ENERGY value that today’s modern landfills provide, not only could we begin to eliminate plastic waste from our environment, but those 64 billion lbs. of plastic going into a landfill each year has a value of over $15.5 billion in base load clean renewable ENERGY – predictable and measurable.

Most importantly, if the idea is to build a sustainable and thriving economy based on plastics, opposing the ability to include the fundamental aspect of recovering ENERGY at the final stage is an enormous lapse in judgement. ENERGY is one of the single-most important factors in economic growth. By its very nature, our economy is predicated on exponential growth. It is under constant pressure by many factors such as debt and population growth to continually and infinitely expand. What many policy makers and, by extension, people, don’t understand is that continued economic growth in our current system is completely reliant on a continuing increase in the availability of ENERGY to perform work. One cannot collect materials for recycling, process recyclate, nor make new products from recycled material without ENERGY.

The last two hundred years of accelerated growth in mankind’s numbers and achievements were only made possible by cheap, easily available fossil fuels.  It’s been reported that in the next 20 years we will need to harness 50% more ENERGY to support our economy. Everything, including the lifecycle of plastics, should be tied to utilizing the resources we have today to produce clean renewable ENERGY in the most cost effective manner as we possibly can.

The New Plastics Economy states that the reinforcing of recycling is economically more attractive than ENERGY recovery.  Systematically, this is not true and flies in the face of the Circular Economy model which is meant to replicate the nutrient cycles in nature. Most all carbon materials in nature are converted into energy during their natural nutrient cycle.  Plastics should be no different. Prosperity and the conservation of our planet will not be reached with platitudes about theoretical innovations in this theoretically-flawed New Plastics Economy. 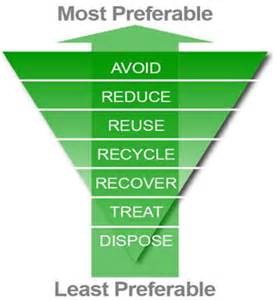 There’s about 78 million tons of plastic waste produced each year that is non-recyclable, non-reusable, already light-weighted and unavoidable. The next feasible option we have to “cycle” this material at its highest level possible is in energy recovery.  Fortunately, the vast majority of this material is already entering a waste-to-energy facility and there’s no need for infrastructure or behavioral changes. For this to happen, these applications simply need to be designed conducive for anaerobic environments.

The recovery of Landfill Gas-to-Energy provides predictable results and a better value proposition for single-cycle applications than any other disposal method we have available today.   As we embark on creating a “Circular Economy” we need to harness the resources available to us.  The idea is to recoup, or recover, the greatest value possible within a products life-cycle, including disposal.  Plastics cannot be recycled perpetually, it is not an end-of-life solution.  In order to get plastics out of the environment and into the grid, it falls on producers, the brands and manufactures, to ensure its applications are designed to comply with this disposal method.

A collaborative approach is vital, yet there are still some companies, even ones who’ve pledged their commitment to creating a circular economy, that scoff at the idea. Unwilling to design for disposal and dismissing the returns of alternative energy, they stay committed to a recurrent single strategy for nearly half a century.  Is it because consumers won’t understand?  I doubt that, but using consumer comprehension as a litmus test in harnessing innovation may not be the best idea.  Besides, as a consumer myself, I’d prefer an honest approach that provides intrinsic benefits, and less of my own involvement, to being misled that anything’s really being done at all.