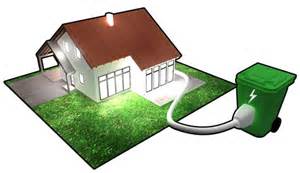 ENSO’s technology provides a value investment in sustainable packaging. Our material is added to standard resins (including biopolymers) at a 1% load rate during the manufacturing process, just like a colorant. There are no changes in processing parameters or any performance characteristics. However, it ensures proper performance compliance within our anaerobic waste environments. Anaerobic digesters, bioreactors and today’s modern landfills continue to be the single-most common disposal method of plastic packaging and all contribute to the energy revolution that is upon us.  Within these active infrastructures we have an opportunity to reduce environmental plastic waste and recoup end-of-life value.

Waste-to-Energy (WtE) is an active and growing resource, available throughout the developing world. In the U.S. alone, ENSO’s technology provides an immediate 85% capture rate to reduce greenhouse gases and over 75% conversion of biogas into clean alternative energy. The returns are significant, measurable and applicable to greenhouse gas initiatives, energy recovery efforts and the environmental waste problem.  Plus, it provides intrinsic value for consumers as well. With both world and U.S. energy demand expected to increase in the future, America’s energy resources will only grow in importance. Ensuring today’s plastics will be tomorrow’s energy is inseparable from America’s larger prospects for improved economic growth, job creation, security and quality of life.

For less than the average price fluctuation of raw material, pennies on the dollar, ENSO can put real power in your packaging. It is the most efficient way, both economically and environmentally, to elevate the end-of-life value through energy recovery.  Get it out of the environment and into the grid, join the energy revolution!

In recent news the rumor is that a few major stores are making “significant” changes to reduce packaging. Saying Goodbye to Excess Packaging seems to be related more to high oil prices rather than true environmental concern. If companies were truly concerned about environmental factors wouldn’t they just switch to more earth friendly plastics, say ENSO? What may initially seem like a movement to lessen plastic waste has turned out to be companies just trying to save a few bucks. Target is removing plastic lids from its Archer Farms yogurts, redesigned some light bulb packages to eliminate plastic and is selling socks that are packaged with paper rather than bags. Wal-Mart has made a gallant effort to reduce their packaging by 5% between 2008-2013 by concentrating detergent to reduce size of packaging as well as making peroxide bottles from round to square and Home Depots Husky tools are switching to paper packaging. These aren’t the only companies cutting down on plastic, Seventh Generation (sustainable cleaning and personal products) has been mentioned as well. Minimizing plastic & making plastic earth friendly like ENSO is awesome but be sure to not be confused by the motive of these companies.
–Megan Bentley

Take a Read at the Article I am referring to below!

BUSINESS & POLITICS Good news, according to the New York Times: excess packaging, plastic in particular, is on the decline. Apparently more because of high oil prices than any environmental concern, but we’ll take it. The Times has examples of a few major stores making significant changes:
Target has removed the plastic lids from its Archer Farms yogurts, has redesigned packages for some light bulbs to eliminate plastic, and is selling socks held together by paper bands rather than in plastic bags.
Wal-Mart Stores, which has pledged to reduce its packaging by 5 percent between 2008 and 2013, has pushed suppliers to concentrate laundry detergent so it can be sold in smaller containers, and has made round hydrogen peroxide bottles into square ones to cut down on plastic use.
At Home Depot, Husky tools are going from clamshell to paperboard packaging, and EcoSmart LED bulbs are about to be sold in a corrugated box, rather than a larger plastic case.

And a follow-up blog post expands on a couple others:
Seventh Generation, a maker of sustainable cleaning and personal care products, began using a pressed-cardboard detergent bottle that is recyclable; an inner pouch contains the liquid detergent.
“The category potential for this is huge, from vitamin companies to pet food, juice, milk, ” said Julie Corbett, the founder of Ecologic, which makes the cartons.
Recently Wal-Mart began replacing the metal twist ties that keep dolls and other toys in their boxes with paper ties.

Now, reducing packaging is a huge step forward, but it’s not the end goal. Buying in bulk—everything from rice and coffee to shampoo using refillable containers—is always going to be the environmentally superior option.
As Planet Green has written before, “Nearly 80 million tons of waste is generated from packaging and containers annually,” and from TreeHugger: “a 10 kilogram bag of rice has 20 less bags than the equivalent in 500 gram packages. And it that one bulk bag is probably a compostable cotton sack anyhow, instead of plastic. Wasted transport fuel is reduced because much more product per container is delivered to the store.”
So yes, look for products with minimal packaging and support companies making the effort to eliminate excess, but whenever there’s a bulk aisle, shop there first.
http://www.treehugger.com/files/2011/06/major-brands-say-goodbye-excess-packaging.php